what's the use of Castor oil

The source of castor oil

Castor oil is a rich source of Ricinoleic acid, which represents up to 90% of the total castor oil content. It also consists up to 4% linoleic, 3% oleic, 1% stearic, and less than 1% linolenic fatty acids.Ricinoleic acid has a hydroxyl group that provides a functional group location for various chemical reactions, making it a favourable substance in industrial applications.

Castor oil does not contain ricin, which is a natural poison found in the castor oil plant; the toxic lectin remains in the bean pulp following oil isolation. 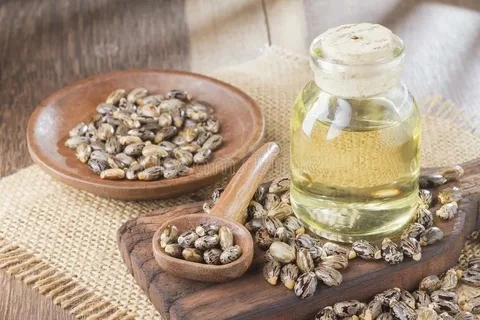 Due to its renewability and high versatility in addition to being the only commercial source of a hydroxylated fatty acid, castor oil has been used as a vital raw material for the chemical industry.

Castor oil was mainly used in the manufacturing of soaps, lubricants, and coatings . It is an FDA-approved food additive directly added to food products for human consumption. It can also be found in hard candies as a release agent and anti-sticking agent, or supplementary vitamins and mineral oral tablets as an ingredient for protective coatings. Castor oil is found in over-the-counter oral liquids as a stimulant laxative, and is also added in commercial cosmetic, hair, and skincare products.