What are the benefits of clary sage essential oil?

What is clary sage oil?

Clary sage (Salvia sclarea) is a flowering herb that's native to the Mediterranean Basin. The essential oil that's extracted from the leaves and buds of the plant has a clean, refreshing scent that you can use as a skin balm or gently inhale as part of an aromatherapy treatment.

Clary sage is easy to grow in high-temperature areas. It’s usually cultivated for its use as a flavoring in tea. It’s also known by the names "clear eye" and "eye bright" because of its traditional use as a treatment for eye health. But it’s now being studied for a variety of other health benefits.

The essential oil is derived from the perennial herb Salvia sclarea, also known as Clary or Clary sage. The plant is native to the Mediterranean basin and parts Northern Africa and Central Asia. Its name is derived from the Latin word ‘clarus’, which means clarity or cleansing. 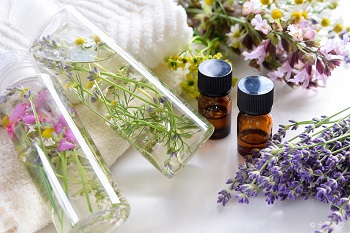 In early times, whenever a foreign particle got lodged in the eye of a person, the seed of the plant was placed on the eye to attract and stick the particle to the seed, which was then easily removed. Because of this use of the plant, it is also known as ‘clear eyes’.

It was used as an ingredient in wine and beer production from the 16th century onwards. Currently it is extensively used in food and beverage industries. Because of its aroma and soothing nature it is also used in cosmetics and perfumery. It is also known as ‘the women’s oil’ because of its ability to reduce symptoms of female hormonal issues.

The aromatic molecules of essential oils enter the limbic system of the brain through the olfactory nerves in the nose. This stimulates the amygdala and hippocampus in the brain and leads to pleasant memories and emotions, and lowering of blood pressure.

By applying or inhaling Clary sage oil, convulsions are reduced, the digestive system functions normally and the discomfort becomes bearable.

Clary sage has antispasmodic properties that are useful in reducing the spasms in the body. Spasms occur in the stomach or due to continuous cough.

The oil has shown to be effective against some strains of bacteria. It is used to prevent infections caused by bacteria as a standalone treatment or as a supplementary treatment.

Studies have found that Clary sage oil and other essential oils could prevent bacterial infections.

Clary sage oil is used medicinally to prevent the onset of bacterial or fungal infections. It is diluted and applied on and around the wound for disinfecting.

It prevents sepsis when applied on minor wounds, bruises, cuts and abrasions. Clary sage oil can be used on the skin after dilution as the essential oil helps with prevention as well as healing.

The aroma of the oil titillates the mind and causes blood circulation in the body.

The oil is useful to those experience sexual issues including loss of libido and early stage erectile dysfunction. It is also used to boost romantic relations.

Clary sage oil contains alpha-terpineol, a compound proven to have antioxidant properties. It is a subtle defender against increasing free radicals in the body which results in oxidative stress and a cause for serious illnesses.

When Clary sage is applied on the body, it neutralizes the free radicals, thus preventing several chronic ailments.

Clary sage has a moisturizing effect on the skin. It is suitable for both oily and dry skin types.

It has a soothing nature that calms inflammation and redness of the skin. It is used as an ingredient in skincare products.

The properties of Clary sage oil promotes or regulates the natural oils in the skin. This type of essential oil is suitable for people with oily skin type.

It is one of the essential oils that have carminative properties that eliminate flatulence. It also prevents the buildup of gas in the stomach.

Clary sage oil is also known as ‘the women’s oil’ because it regulates the hormone related issues in women. When rubbed on the abdomen it can reduce menstrual pain, better that certain OTC drugs.

It is also used during menopause to deal with physical and emotional discomfort.