Spearmint essential oil is obtained from the bright green Mentha spicata herb, and its name is derived from the fact that it has pointed, spear-shaped leaves. Spearmint is also referred to as Garden Spearmint, Green Mint, Fish Mint, Our Lady's Mint, Spire, Green, Lamb, and Pea. Spearmint is commonly known as the minty, breath-freshening flavoring agent used in oral hygiene products - including gum and candies - which leaves a cool, tingling sensation that leaves the mouth feeling clean. Believed to be the oldest of the Mints, for centuries Spearmint has been used for its digestive benefits, often being served with or after meals to prevent or relieve gas, bloating, nausea, and indigestion. The Spearmint herb began to be used in Ayurvedic medicine for the same purpose but to also soothe skin problems and headaches. 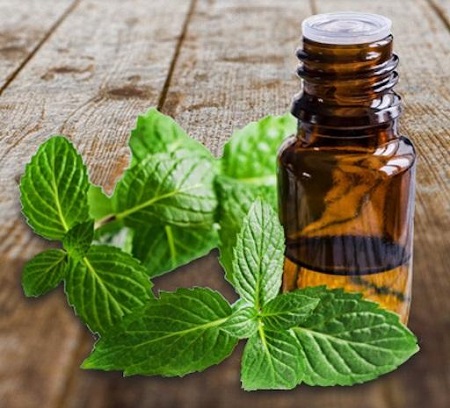 Having originated in the Mediterranean region, spearmint was widely used in Greece as an aphrodisiac. It was also used to scent bath water, treat sexually transmitted diseases, clear the voice, and cure hiccups.

Physicians and herbalists, such as Pliny, prescribed Mint to restore and revitalize the body. When spearmint was introduced to Britain, this herb with a spicy, herbaceous fragrance finally became known for its medicinal properties, and it began to be used to relieve nausea, vomiting, and respiratory issues, including common colds.

Compared to peppermint oil, which contains a higher level of Menthol that often makes it too strong for some users and sometimes causes side effects such as skin irritations, spearmint’s scent is softer and its effects are milder. For this reason, it has earned the nickname “The Gentler Mint Oil.” Spearmint is the ideal Mint-related option for children, the elderly, and those with sensitive skin. The sweet, invigorating scent of Spearmint has a balancing and uplifting effect, which makes it beneficial for enhancing focus, positivity, and optimism and for deodorizing unpleasant scents.

How is mentha spicata oil extracted?

Spearmint essential oil is obtained from the steam distillation of the Spearmint plant’s leaves, stems, and/or flowering tops. The extracted essential oils range in color from clear and colorless to a pale yellow or pale olive. Its scent is fresh and herbaceous.

The uses of Spearmint essential oil are abundant, ranging from medicinal and odorous to cosmetic. Its many forms include oils, gels, lotions, soaps, shampoos, sprays, and candle making. 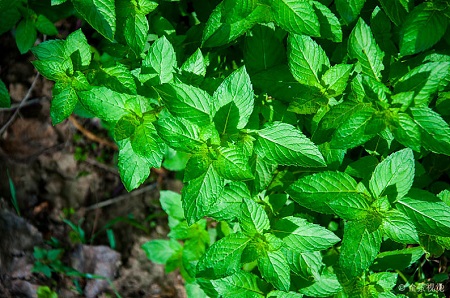 Used topically, spearmint oil can relieve skin irritations such as itchiness, insect bites, and skin condition such as Athlete’s Foot. Diluted with carrier oils such as almond, grapeseed, sunflower, or evening primrose oils, it can be applied in a massage to relieve aches and pains, including menstrual and abdominal pain as well as muscle spasms. A few drops can be diluted in bath water to reduce fever, fatigue, inflammation, and nasal congestion. In moisturizers such as lotions, spearmint essential oil can unclog skin and promote its cleansing while leaving skin feeling cool and refreshed.

Used in aromatherapy, spearmint oil’s fragrance is inhaled and scent receptors in the brain’s emotional powerhouse process the smell as calming, allowing the brain and body to relax. Diffusing spearmint oil can relieve headaches, reduce cough symptoms by loosening phlegm and enhancing respiration, and it can relieve flatulence when experiencing discomfort associated with digestion. When inhaled, it can ease feelings of stress and nervousness. Diffusing spearmint oil while studying can boost concentration and reduce feelings of anxiety.

For a natural yet effective antiseptic home cleaning paste, Spearmint essential oil can be combined with baking soda, liquid castile soap, and warm water before being applied to surfaces such as countertops, sinks, and bathtubs. After allowing the paste to sit on the surface for a few minutes, it can be scrubbed with a sponge then rinsed off with water. Spraying spearmint oil diluted in the water around the house, especially around windows and doors, will repel ants and flies. For a floor cleaning solution that is safe for wood, concrete, or tiles, Spearmint essential oil can be combined with vinegar and water.