In China, essential oil aromatherapy has a long history

As early as in the Yin Shang oracle bones, there are records of smoked oysters, steamed oysters and fragrant wines in China. By the time of the Zhou Dynasty, there was a custom of wearing sachets and bathing orchid soup. "Shan Hai Jing" records that the scent of scented grass can be smashed. A batch of sachets and smoked stoves were unearthed from Mawangdui Han Tomb. There are aromatic medicines such as Xinyi, Perrin and Maoxiang. These all illustrate the customs and habits of using aromatic drugs to prevent diseases, sterilize and clean the environment. 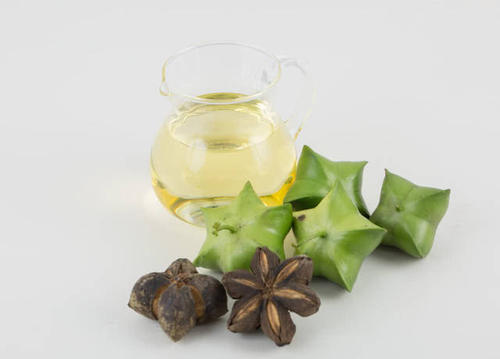 From the Warring States to the Qin and Han Dynasties, aromatherapy gradually rose from practice to theory. "Shen Nong's Herbal Classic" is a collection of medicinal sciences before the Eastern Han Dynasty. There are many records about aromatic drugs, such as "Zhangpu, Weixin Wen. Main wind and cold dampness, coughing up the gas, happy hole, filling the five internal organs, passing nine, Ming and ear, a voice. Long-wearing, not forgetting, not confusing, prolonging." The book elaborates the function of the drug according to the four flavors and five flavors, and explains the general drug properties of the aromatic drug in more detail, which provides an important basis for the later use of aromatic drugs. During the Wei, Jin, Southern and Northern Dynasties and the Sui and Tang Dynasties, a large number of ethnic minorities moved in, bringing their experience in aromatherapy. The Tang Dynasty National Pharmacopoeia "Newly Modified Materia Medica" supplemented the exotic aromatic medicines such as Su Hexiang, Awei, Benzoin and Dipterocarp, which created conditions for the development of aromatherapy. Sun Sizhen's "Preparing for the Needs" is using a variety of methods to prevent and treat mild fever in the "Pu Wen" section. The selected drugs are mainly aromatic drugs.

In the Song Dynasty, the Sino-foreign exchanges of aromatic medicines reached their peak, and the "Maritime Silk Road" appeared as a "fragrant" specializing in overseas transportation trade. In Taiping Shenghui Fang, there are 120 prescriptions named after aromatic medicines, such as Su He Xiang Wan, An Xi Xiang Wan, Mu Xiang San and so on. With the prosperity of prescription pharmacy in the Ming Dynasty, the application and research of aromatherapy has made great progress. For example, in the "Puji Fang" special column "Zhutangxiang fried door", collect 97 parties, and detail the composition, production, usage, etc. of the prescription; "Compendium of Materia Medica" records 35 species of "fragrant wood" and 56 species of "fragrant grass". The administration methods of aromatherapy such as coating method, rubbing method, dressing method, puffing method, blowing method, gargle method and bath method are also introduced. The research and practice of aromatherapy in the Qing Dynasty produced a qualitative leap. Wu Shiji's "Liang Li Wen" systematically expounds the mechanism of action, syndrome differentiation, drug selection, usage and dosage, and precautions of aromatherapy, so that aromatherapy has a complete theoretical system.

Aromatherapy in traditional Chinese medicine has been continuously developed and improved with the accumulation of experience and the improvement of theory, which has laid the foundation for the innovative development of modern aromatherapy. In the past decade, more and more hospitals, clinics, and spas have provided aromatherapy, and aromatherapy has entered more people's lives.