Castor oil exists in the seeds of castor oil, and its content is 35%～57.%. Castor oil is obtained by extraction or solvent extraction. Castor oil has been shown to have some amazing benefits for hair and skin and even overall health. Castor oil is extracted from castor bean seeds and has a variety of antibacterial and antiviral properties, making it a good treatment for fungal infections.

Castor oil is also often used as a laxative. It is one of the most commonly used ingredients in various soaps, cosmetics, massage oils and even medicines. Historically, castor oil has also been used to relieve constipation.Castor is an inedible oil crop. Castor beans are poisonous and contain ricin. If you eat castor beans directly, it may cause poisoning. Symptoms of delayed gastroenteritis may occur. In severe cases, bleeding may occur, followed by delirium, epilepsy, coma, and even death.

Castor oil contains a large amount of ricinoleic acid (more than 80%), so it has many unique properties:

1. Easily soluble in ethanol, but difficult to dissolve in petroleum ether. The existence of this characteristic makes it easier to distinguish castor oil from other fats. 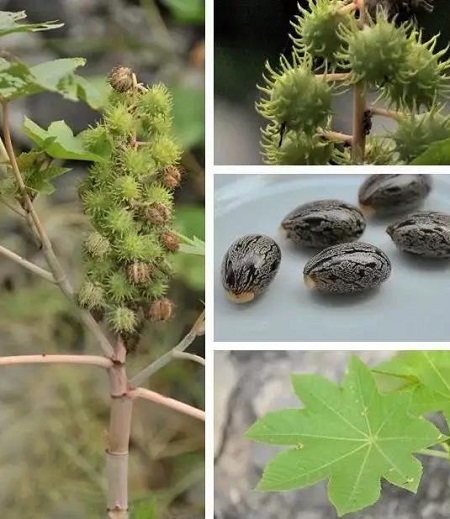 2. The viscosity is much higher than general grease, and the friction coefficient is very low. Castor oil has good fluidity. Refined castor oil can still flow at -22, and has no turbidity after quenching at -50. It is an ideal lubricating oil for aviation and high-speed machinery and a protective oil for power belts.

3. It has strong optical rotation, because the asymmetric carbon in its main fatty acid, ricinoleic acid, is after the 12th position.

4. The dielectric constant is about 4.30, which is the highest among common greases.

5. The relative density and acetyl value of castor oil are greater than general oils.

6. Castor oil hardly undergoes oxidative rancidity in the air, has good storage stability, and is a typical non-drying liquid oil

Analysis of the fat content of unrefined castor oil

The biggest difference between castor oil and other vegetable oils is that it contains a high proportion of ricinoleic acid. It is a refining unitary unsaturated fatty acid containing 18 carbons. The main structure is very similar to oleic acid, but there is an extra hydroxyl group on the carbon chain. It makes it easier and faster to absorb water, allowing the skin to feel moisturizing quickly. This is also the very important value of castor oil added to skin care products, cosmetics and handmade soaps.

Castor oil has a very good moisturizing effect. It can quickly penetrate the surface of the skin to moisturize dry skin, and form a protective film on the skin to slow down water loss. Because the skin on the face is often sensitive, it is often exposed to sunlight, temperature, and wind. Due to natural environmental factors, castor oil will feel more obvious when used on the face. 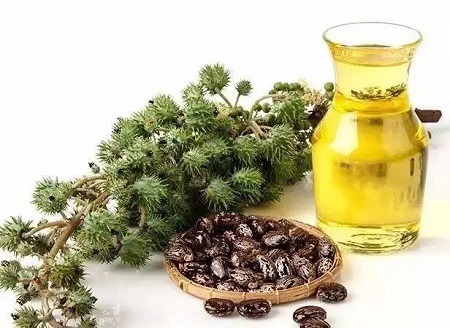 When sweat, skin oils, and bacteria block the pores and cause skin irritation, it is easy to develop acne, and ricinoleic acid has antibacterial and anti-inflammatory properties, so castor oil that penetrates into the skin can prevent acne in addition to providing moisturizing power. Growth, but usually requires long-term use to see the effect.

Castor oil is also suggested to be used to eliminate scars. Scars are usually produced by cells that produce high-density, tough tissue to protect the injured skin. The fatty acids in the oil can penetrate the scar tissue to help plump and activate, and promote the growth of surrounding healthy tissues. , But it also takes long-term use to be effective.

Another benefit of castor oil is that it can help the growth of hair, but you need to continue using it for a few months before you can see the effect gradually.