The introduction of Borage

Borage is an annual herb originated in Syria,but naturalized throughout the Mediterranean region, most of Europe and North Africa. In the middle ages, borage leaves were commonly brewed into a medicinal tea.Borage oil comes from borage by cold pressed borage seed.

Borage oil contains up to 25 % of an essential fatty acid called gamma linolenic acid (GLA). Borage oil (BO) and evening primrose oil (EPO) taken by mouth may lack affect on symptoms of eczema, according to a study.

Atopic dermatitis, also known as eczema, occurs when the skin is abnormally sensitive to allergens, causing the skin to become red, flaky and itchy. This disease is chronic and recurrent. While there currently is no cure for atopic dermatitis, symptoms can be managed with a variety of treatments. The disease is especially common among young children. Atopic dermatitis often affects individuals who have other atopic diseases like hay fever, asthma, or conjunctivitis (pinkeye).

The role of Borage oil 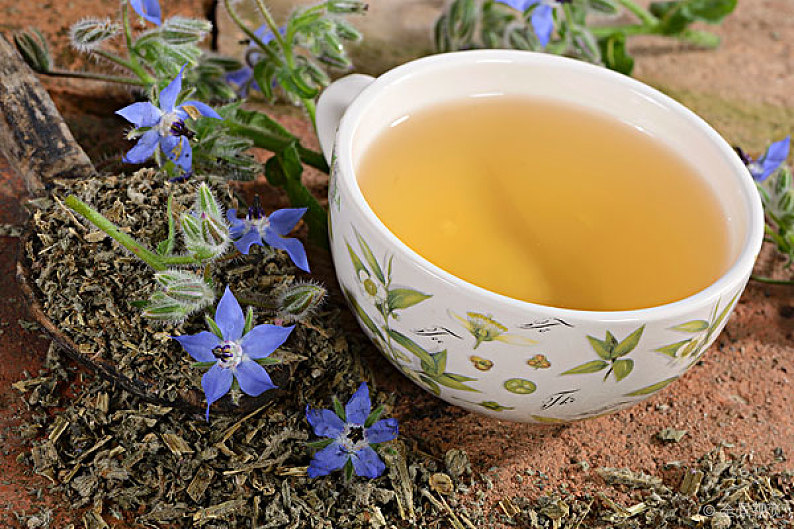 Borage (Borago officinalis) is an herb native to Syria that has spread throughout the Middle East and Mediterranean. Borage flowers and leaves may be eaten and borage seeds are often pressed to produce oil very high in gamma-linolenic acid (GLA). Borage is popularly used for premenstrual syndrome (PMS) and menopausal symptoms. Borage is also popular among elderly women. Borage is known for its anti-inflammatory properties and has been studied for the treatment of gum disease, rheumatoid arthritis, and asthma. There is currently controversy about the safety of borage. Consumers should use caution when taking borage as there have been cases of poisoning after confusion with foxglove.

In the current study, researchers analyzed the available literature on the use of EPO and BO taken by mouth for symptoms of eczema. They looked at a total of 27 high-quality trials that were conducted up through August 2012 and included 1,596 participants. Of these studies, 19 looked at EPO while eight assessed BO for eczema.

The majority of results found a lack of significant improvement in symptoms in people given EPO, compared to those receiving a placebo. Treatment with BO also failed to produce significant results in terms of relieving eczema symptoms, compared to placebo.

The researchers concluded that the available trials show a lack of significant effect of EPO and BO on eczema. They reported that these short-term studies do not examine possible side effects of long-term EPO and BO use. Further study is needed on both the safety and effectiveness of these two treatments.

Light therapy, probiotics, vitamin A, and vitamin D are all integrative therapies that have been studied for the treatment of eczema and related conditions. These treatments are supported by strong scientific evidence for this purpose.